It’s time for another instalment in the S.L.E.D. Test Series.  For the other articles in the series, click here.

It is often said that unborn babies are less developed than born babies, and for that reason should not be considered persons.  “It’s just a clump of cells,” people say.  Some refuse to use the term “fetus” to refer to an unborn child, preferring “blob of tissue” as a more accurate name.

This is another attempt to dehumanize the unborn, which makes abortion excusable.  If what is inside a pregnant woman is indeed simply a blob of tissue or a lump of cells, as many in the abortion trade would have women believe, then it’s no big deal to just get rid of the problem.  It would be the same as getting rid of a tumour.

How do prolifers address this?   Of course, we need to say that calling the unborn “clump of cells” is a lie. For example, right at the moment of conception, when the sperm implants the egg, that baby has a gender.  This probably sounds obvious, but some people don’t think about that fact.  Five weeks into the pregnancy, the baby’s heart begins to beat.  At this point, some women might not be 100% sure they’re pregnant!  There are so many other facts that show the humanity of an unborn child, but that will have to be another post.

We can grant the objector’s point that a one-month old unborn child is less developed than a nine-month old born child.  But how does this fact affect the personhood of this human life?  For example, a toddler is not as developed as a kindergartener.  Does that mean the kindergartener has more of a right to life than a toddler?  In fact, human beings are on a continuous line of development our entire lives.  But we do not attain more of a right to life as we develop. 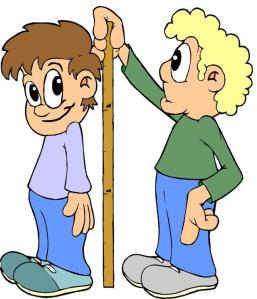 The choice of the moment of birth as the defining moment where a child is valued is incredibly arbitrary.  Some babies are born after 38 weeks, some are born after 42 weeks.  Why, all of a sudden, when the baby leaves the uterus his or her mother, are they developed enough for our standards?  There must be another factor.

Stay tuned for the next instalment about Environment.